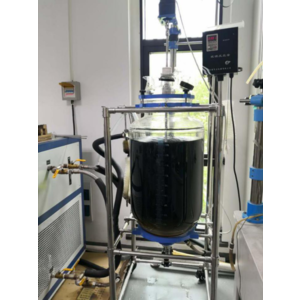 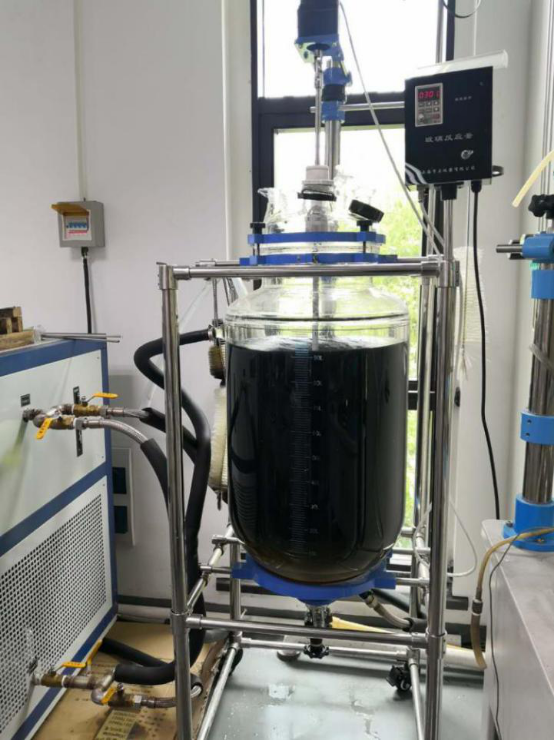 Platinum based nanomaterials are still the most feasible catalysts for oxygen reduction reactions (ORR) and the most critical materials for proton exchange membrane fuel cells (PEMFCs). However, for platinum based catalysts, due to its limited reserves, high price, poor stability and easy to be poisoned and many other factors, the development of fuel cells is seriously restricted. Therefore, how to improve the activity and durability of catalysts, reduce the amount of precious metals, and effectively reduce the cost of fuel cell manufacturing has become a research hotspot in recent years.

At present, the commonly used strategies to improve the electrocatalytic activity and durability of Pt based catalysts mainly include: (1) component control; (2) crystal surface control; (3) morphology control. It is worth noting that most of the current reports on Pt based electrocatalysts with high activity and durability focus on the doping of transition metals and the formation of Pt alloys. At present, there are few reports about Pt based catalysts doped with non-metallic elements, especially on n-doped Pt based materials.

Recently, Ningbo Zhongke innovative energy technology Co., Ltd. and Yang Hui research team of Shanghai Institute of higher learning, Chinese Academy of sciences have developed a n-doped Pt / C catalyst with high oxygen reduction stability. The catalyst prepared by the liquid phase method shows the activity comparable to the commercial Pt catalyst and excellent stability. After 20000 accelerated cycle durability tests (ADT), the mass specific activity decay is only 3.7%, which is far lower than that of commercial platinum carbon catalyst. It is particularly noteworthy that this method is simple and does not use surfactants. In this paper, the catalyst has been prepared in a single batch of 100g level. Recently, the company has been able to achieve kg level preparation, and the load of Pt can be 10 ~ 100wt%. Therefore, this promising preparation strategy provides great potential for the production of Pt based catalysts economically and efficiently, and opens a window for large-scale application. Relevant papers were published in Journal of catalysis.

Fig. 1. Schematic illustration of the synthetic strategy of N-doped Pt/C catalysts.
XPS and EXAFS showed that pt-n bond existed in Pt / C catalyst. In addition, the XRD results show that the (11) crystal surface of Pt in the catalyst has a negative shift of 0.23o compared with the commercial platinum carbon catalyst. The crystal lattice of Pt in the synthesized Pt / C catalyst was obviously distorted, and the N signal was detected in the Pt particles by EELS spectrum. It is found by calculation that the crystal surface spacing of Pt (11 1) is 0.232 nm, which is about 1.3% higher than that of commercial Pt / C at 0.229 nm. It is believed that N atom is doped into the lattice of Pt atom, and N doping increases the crystal surface spacing of Pt lattice, resulting in lattice tensile strain effect. 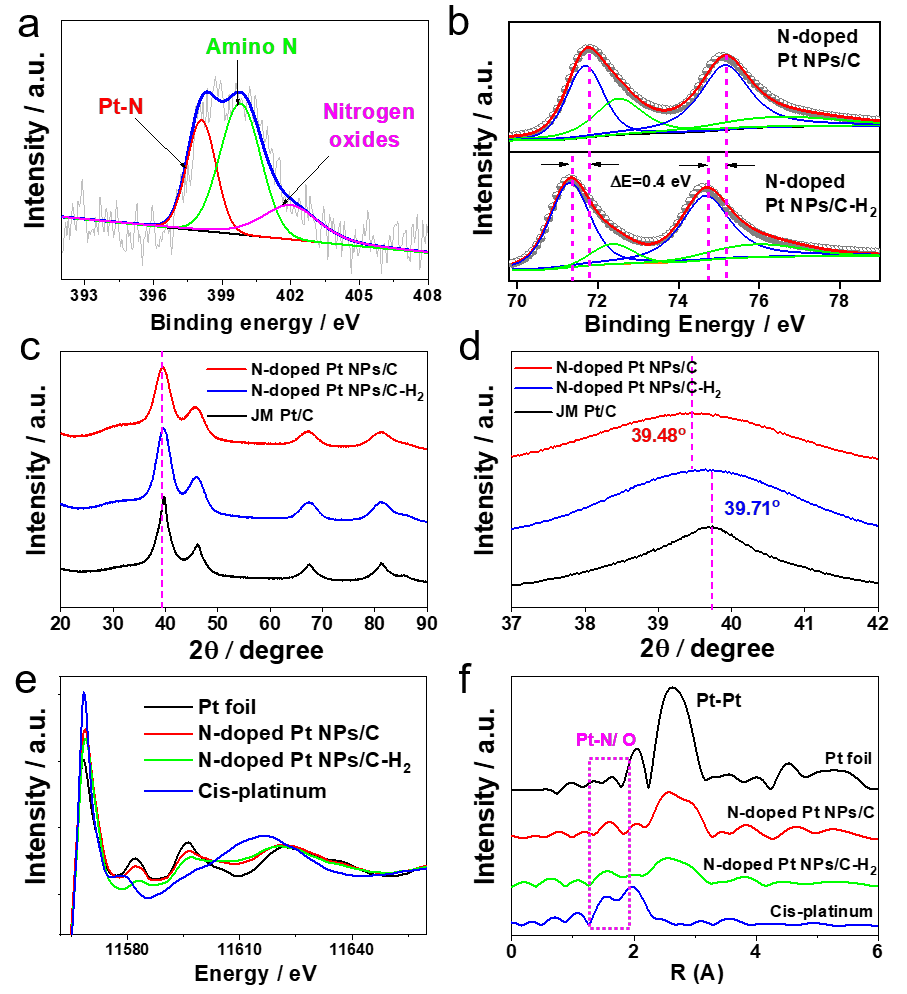 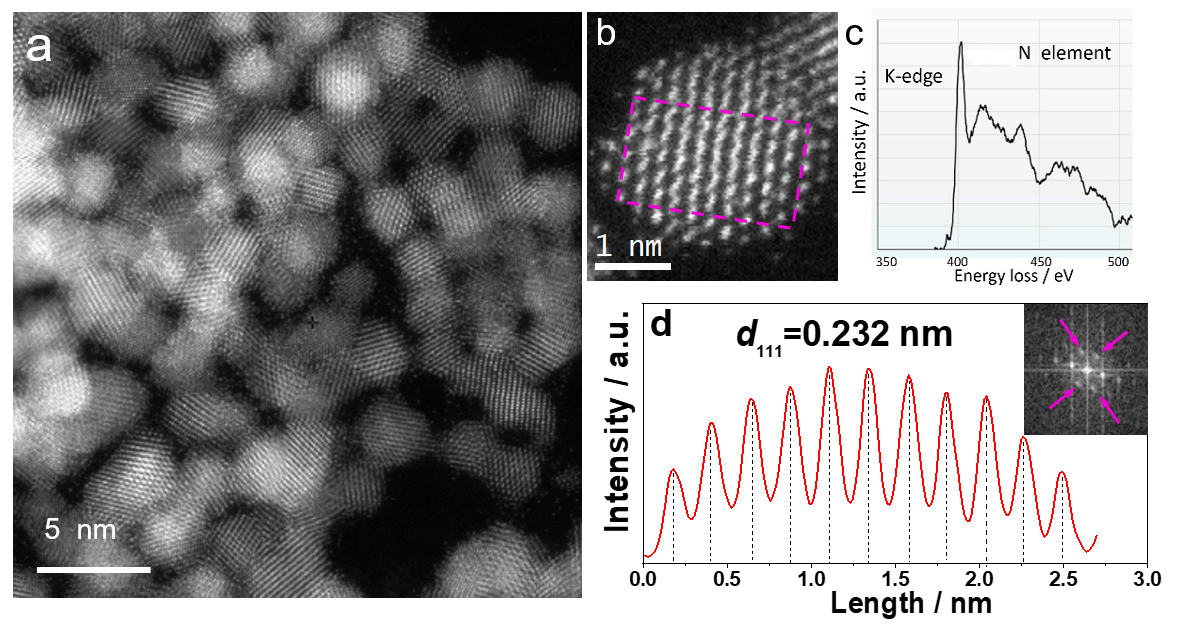 DFT theoretical calculation shows that the doping of N atoms induces the lattice tensile strain effect, which leads to the transfer of electrons on Pt to N, and the weakened interaction between Pt atoms due to the electron repulsion. Compared with pure Pt, the binding energy and desorption energy between Pt atoms in n-doped Pt nanoparticles are higher, so the surface Pt atoms are more difficult to be dissolved and the catalyst stability is better in the orr process (Figure 5).

It is worth noting that most of the reported Pt based catalysts are still based on the gram or even milligram level. However, the preparation method introduced in this paper is simple and does not use surfactant. It has been realized in the actual production of Ningbo zhongkechuangxin Energy Technology Co., Ltd. in a single batch of 100g level preparation (as shown in Figure 6). 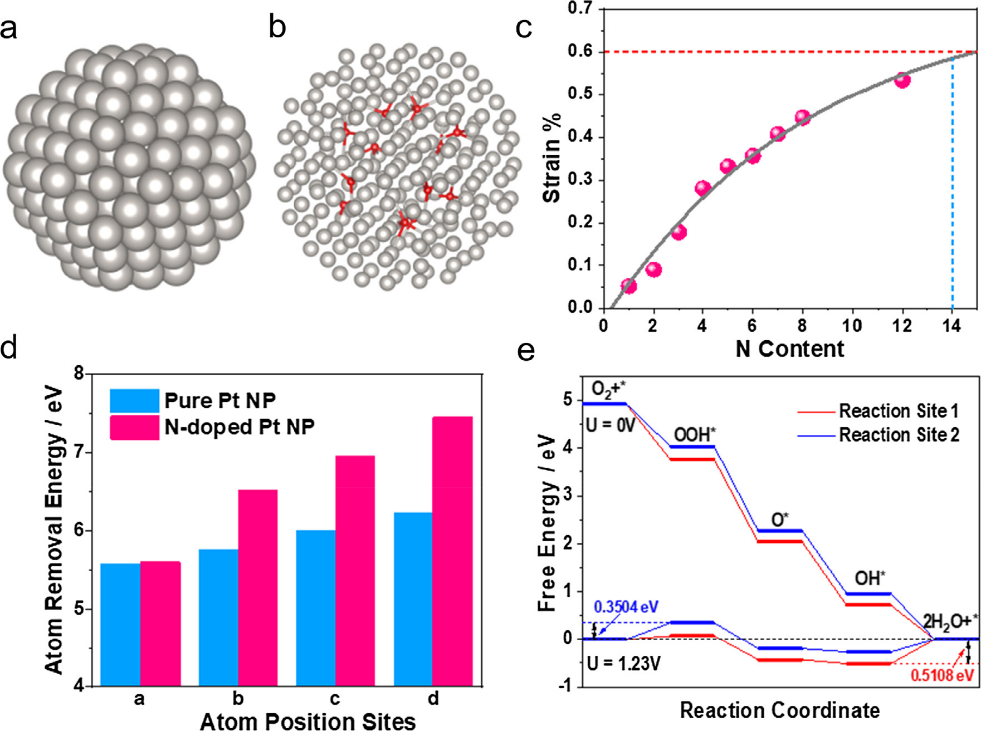 Fig. 5. (a) Pure Pt NP and (b) N-doped Pt NP. The grey and red balls stand for the Pt and N atoms, respectively. (c) The tensile strain of Pt NP as a function of the number of N atoms embedded into the NP. (d) Atom removal energy of pure Pt NP and N-doped Pt NP at different atom positions (a, b, c and d represent the Pt atom position sites shown in Fig. S25). (e) Reaction free energy diagram of the ORR for two different reactive sites on N-doped Pt NPs. 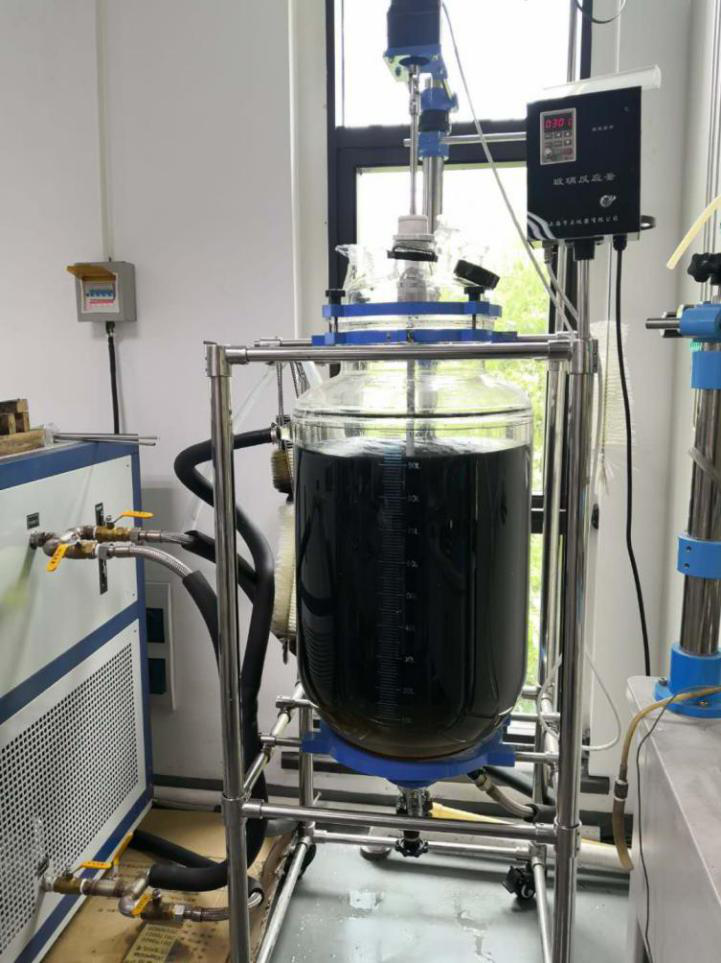 Fig. 5. The scene photograph of synthesizing the N-doped Pt NPs in a large-scale. 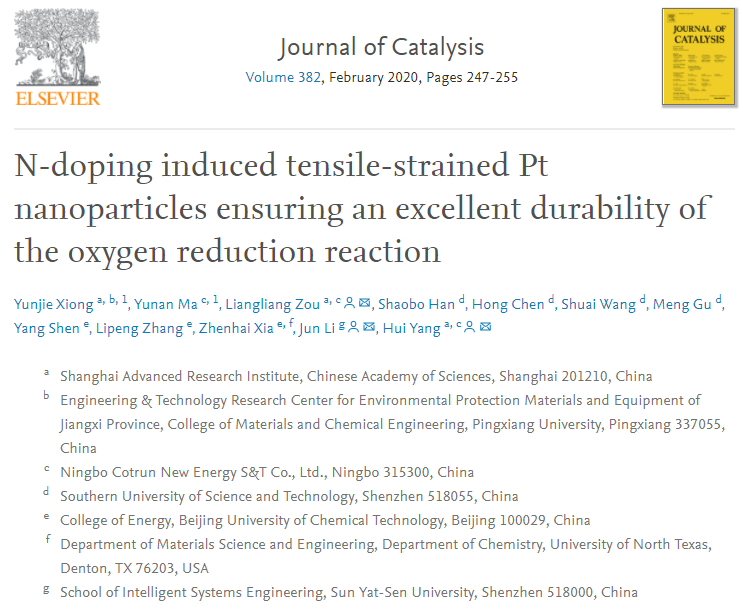 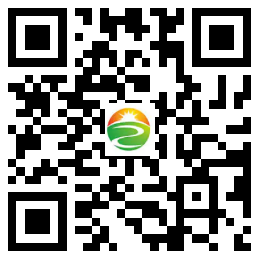 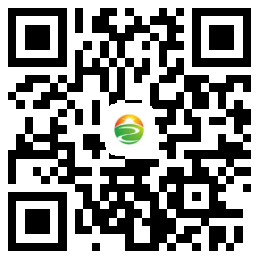